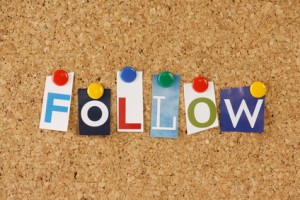 After you get used to how Pinterest works, one of the goals you’ll likely have is to increase your total number of followers. While pursuing quantity simply for the sake of vanity metrics isn’t the most effective strategy, there are definite benefits to increasing the number of targeted followers your profile has. As more people who are interested in what your business is sharing start following it, you’ll be able to increase repins, likes, comments, impressions and clicks. That in turn can help you with branding, driving traffic, attracting more leads and ultimately increasing sales.

Since it definitely makes sense to focus on that goal, how exactly do you go about accomplishing it? We’re going to cover seven actionable tips right now:

Display the Follow Button: Pinterest makes it easy to add a follow button to your website or blog. Since there’s a good chance that some of the visitors to your site will be Pinterest users but not know you’re active on the site, having this button in a prominent location can alert them to that fact and ultimately convert them to followers.

Use the Profile Widget: While this can serve the same role as the follow button, because it’s such a visual addition, it can actually attract more attention and clicks.

Share, Share, Share: Although this tip may seem obvious, it’s a proven fact that the more active you are on Pinterest, the more users you’re going to attract. Just keep in mind that the one caveat to that fact is you have to be focused on delivering value. People who are constantly pumping out what amounts to nothing more than self-promotional spam will end up losing followers instead of gaining them.

Don’t Be Afraid to Comment: As with blogs, leaving a comment that’s just a few words long isn’t going to help you much. But if you regularly leave comments that demonstrate your knowledge about a subject and interest in it, people are going to take notice. Those types of comments can show that you’re exactly the type of profile other users want to follow. Just be sure to limit yourself to a few comments a day so you’re not accidentally flagged by Pinterest for spamming.

Mention Other Users: You can use @username in the description of your pins. Doing so will get other user’s attention in a flattering manner.

Invite Friends from Other Sites: If you have friends on Facebook or Twitter who aren’t currently using Pinterest but you feel would enjoy doing so, you can actually invite them directly through Pinterest by connecting your other social media accounts and then searching for your friends.

Make Great Contributions to Group Boards: The whole purpose of group boards is to make it easy for multiple users to collaborate. And since they attract a lot of attention, taking the time to make really awesome pins should definitely bring some new followers your way.

Decide which two tips you want to take action on first, and then do just that!

This article is an original contribution by MichelleHummel 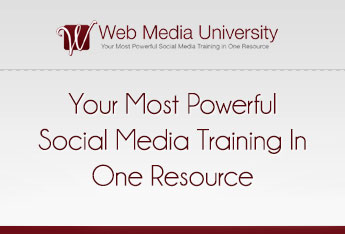